Beloved, now we are children of God, and it has not appeared as yet what we shall be. We know that, when He appears, we shall be like Him, because we shall see Him just as He is.

Until the late 1500’s the hope of the early Church was anchored in the resurrection. In fact, the expectation of the resurrection and the Second Appearance of Messiah was so vivid in the lives of the early Believers in Thessalonica that some ceased working (2 Thes 3), and the apostle Paul had to write two epistles to rebuke these Believers, and thus establishing in this congregation foundational teaching on the Second Appearance of Messiah and the Resurrection, (1 Thes 5:1-11; 2 Thes 2:1-17; 1 Thes 4:13-18). There are two future events anchored in the foundation of the Gospel of Messiah – the resurrection and eternal judgment, (Heb 6:1-2). Without doubt, these two doctrines are under severe scrutiny in the last days!

The Kingdom of God is being established on the foundation of the apostles and the prophets, with Messiah as the cornerstone, (Eph 2:19-22). This foundation, expressed by the Hebrew author in Hebrews 6:1-2, was laid down to protect the Gospel from being distorted, (1 Cor 3:10). Therefore, let us adhere to the standard which was laid down for us (Phil 3:15-16), in order that we will not lay hold of hope in vain, for our hope is anchored in the resurrection as the revelation of “the sons of God” at the glorious appearance of Messiah, (Rom 8:17-25).

This event, namely the revelation of the glory of the coming King, Messiah Jesus, and the revelation of the glorified bodies of “the sons of God” at His coming, is the crescendo of creation, ‘For the anxious longing of the creation waits eagerly for the revealing of the sons of God,’ (Rom 8:19-23). This climactic event can never be overshadowed by another event! Moreover, we have the assurance that none of God’s children (first born “sons” set apart for inheritance), will be excluded from this glorious and climactic occasion! The apostle Paul clearly states, ‘But we do not want you to be uninformed, brethren, about those who are asleep, that you may not grieve, as do the rest who have no hope. For we believe that Jesus died and rose again, even God will bring with Him those who have fallen asleep in Jesus. For we say to you by the word of the Lord, that we who are and remain until the coming of the Lord, shall not precede those who have fallen asleep,’ (1 Thes 4:13-15).

Our hope as citizens of the eternal Kingdom of God is thus anchored in our “final deliverance” – the redemption of our bodies. The author of the epistle written to the Hebrews states the following, ‘And inasmuch as it is appointed for men to die once and after this comes judgment, so Christ also, having been offered once to bear the sins of many, shall appear a second time for salvation without reference to sin, to those who eagerly await Him,’ (Heb 9:27-28). Christ Jesus will ONLY appear twice – the first time to establish salvation from sin and a second time to establish the salvation of our bodies!

The seed of the teaching on the Rapture had its origin in the writings of two Jesuit priests, Francisco Ribera (1537-1591), and Manuel Lacunza (1812), thus having its roots in Catholicism. It entered the mainstream Protestant movement in 1827 when John Nelson Darby studied the literature of the latter two Jesuit Priests to introduce the doctrine to the Presbyterians, Baptists, and .

According to Ribera and Lacunza, Messiah would not appear twice, but He would “appear secretly” to snatch away “a portion of His Church” through a climactic event, and thus to “leave behind” those who were not ready to be “raptured.” The “left behind” portion will have “a second chance” to accept salvation during a time of “great tribulation.” According to this teaching, the whole world will stand in sheer astonishment because loved ones would have suddenly disappeared!

Just from an immediate stance, it is clear that this teaching distorts the foundational truths pertaining to the resurrection! The climactic appearance of Messiah to establish the glorious resurrection and salvation of our bodies is diverted to an preceding climactic event, namely, “a secret snatching away” which will leave the world astonished. Secondly, this portion of the Body will already receive their glorified bodies while others remain “asleep” and yet others are “left behind” for tribulation and a second chance for salvation. And thus, for the duration of the last century, the hope of the Body of Christ has been diverted – no longer do Believers hope in, and eagerly await, the resurrection, but they have now put their hope in a secret rapture! 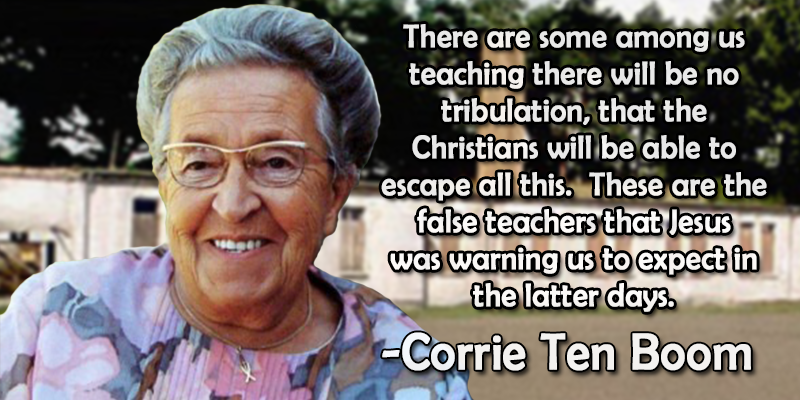